Ti trovi in: Home / COMMUNICATION / News / The impact of Cortina 2021 Alpine Skiing World Championships in the statistical poster by Sose at the 14th edition of the National Statistics Conference by Istat

News - Rome, 7 December 2021
The impact of Cortina 2021 Alpine Skiing World Championships in the statistical poster by Sose at the 14th edition of the National Statistics Conference by Istat 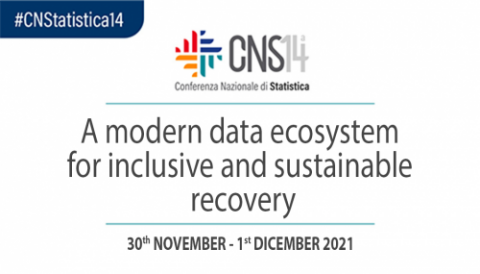 The fourteenth edition of the National Statistics Conference, organized by Istat, will be held On November 30 and December 1, 2021, under the patronage of the President of the Republic. The SOSE Research Department will participate in the section dedicated to scientific posters to present an economic/statistical study, carried out on the Cortina 2021 Alpine Skiing World Championships.

The SOSE working group, represented by Giancarlo Ferrara, Daniele Terriaca and Laura Limosani, analysed the impact of the sporting event on small businesses in Veneto directly or indirectly involved in economic activity set in motion by the investments for Cortina 2021. This study is part of a project commissioned by the Government Commissioner for public works, Valerio Toniolo, and coordinated by Professor Francesco Decarolis of Bocconi University, aiming to assess the economic and social impacts of investments linked to the sporting event.

The statistical poster realized by the Research Department for the CNS14 focuses on micro-small and medium-sized enterprises - MSMEs (Italian acronym MPMI). The virtuous data-information-decision process of the 2021 Alpine Ski World Championships and the data-driven approach represented a significant example to evaluate the impact of public investments on the productive fabric.

The study is based on a survey aimed to identify the affected areas and investigate, through sentiment analysis, the expectations and opinions of enterprises representing specific areas and different sectors (manufacturing, trade, tourism and business services).

The survey results show that in the period 2018-2020, the companies directly involved in the initiatives and the investments linked to the World Ski Championships were 3.5%. This share increases to 7.1%, considering the companies which indirectly benefited from the event. According to estimates, at the end of 2021, these shares rise to 3.9% and 13.6%, respectively.

In brief, the Ski Championships resulted in an average turnover of 5.7% per year in 2018-2019 for the companies directly or indirectly involved in the event.

The empirical research analysed the tax returns between 2013 and 2020 (tax periods 2012-2019) of over 1 million companies per year for a total of over 9 million observations.

The microeconomic surveys on small data sets provide a granularity that is the main innovation of the study object of the statistical poster. This characteristic allows a descriptive analysis of the performance of the SMEs in the areas affected by the investments and an ex-post evaluation to quantify their effects on the Municipality of Cortina d'Ampezzo and the neighbouring regions compared to other similar territories which, on the contrary, did not benefit from these financial flows.

The effects were estimated using a DiD (Differences in Differences) estimation model. The dependent variables are the main items of the Income Statement, and the dichotomous variable was built based on data related to 2018 and 2019 (application of the policy) and Municipalities belonging to the clusters. The estimates based on the general model (baseline) suggest that the investments improved companies' performances.

The overall impact of the investment policies was assessed through a macro-simulation estimating, in aggregate form, the spillovers on companies operating in Veneto: in 2018-2019, the investments improved production (in terms of Revenues) by 3% - 6% compared to 2017, in line with the results of the sentiment analysis.

The Conference addresses issues at the centre of the public debate related to recovery, sustainability, inclusion, and statistics as an essential backbone of information to define policies and monitor their effectiveness.

Click here to access the scientific posters in the "La Statistica per il decisore pubblico" section, including the SOSE poster and the presentation video.