Skip to main content
News
Arezzo
27 November 2019
Three days full of meetings and debates during which SOSE took the opportunity to promote standard expenditure needs and to emphasize the value of its work for a more fair and cohesive country.

Ti trovi in: Home / COMMUNICATION / News / An Italy where every Municipality counts, an Italy where the common future counts: the experience of SOSE at #Anci2019

News - Arezzo, 27 November 2019
An Italy where every Municipality counts, an Italy where the common future counts: the experience of SOSE at #Anci2019 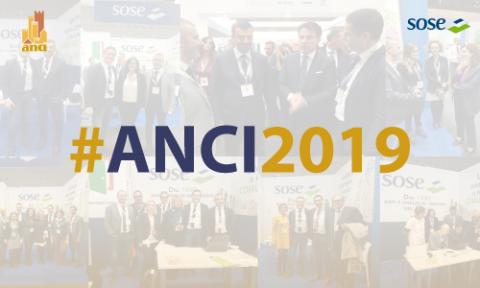 The XXXVI Annual Anci Assembly of 2019 ended in Arezzo and Antonio Decaro, Mayor of Bari, was re-elected President of Anci (National Association Italian Municipalities). An experience during which SOSE offered its ideal and operational contribution for a more cohesive and fair country, where all the Municipalities, from the largest to the smallest ones, in every area of Italy play a leading role.

In these three days, making its own the words “Listen, decide, improve” that, like a thematic compass, have traced the path of the initiative, SOSE welcomed the administrators at the OpenCivitas stand supporting them in the web portal navigation in order to clarify and explain data concerning Local Authorities. Among the Mayors interested in exploring information, Federico Pizzarotti, of the Municipality of Parma, and Giancarlo Farnetani, Castiglione della Pescaia, showed great interest in the portal as a real business intelligence tool for a more skilled and smart public administration, really able to use Data Science to support their decisions. Furthermore, the administrators were invited to continue an intense and concrete dialogue on public finance dynamics, already discussed during the seminar in collaboration with IFEL concerning the organizational and managerial characteristics of municipalities and the territorial differences in standard expenditure needs methodology.

During the meeting Marco Stadiotto, Manager of the Public Finance Unit in SOSE, underscored the value of compliance in the building process of standard expenditure needs, that are considered an example in Europe, while Francesco Porcelli, Manager of the Area “Techniques for Public Finance Analysis”, illustrated methodologies and perspectives of standard expenditure needs. The speeches of Andrea Ferri, Executive Director of IFEL (Institute for Finance and Local Economics) and Cesare Vignocchi, expert of these issues, were also followed by a significant debate with Mayors and administrative officers that highlighted critical issues, opportunities and specific themes related to the different features of Municipalities and territories.

This three-day experience, described on Twitter through the official hashtag #Anci2019, was marked by the speeches of the highest authorities that inspire SOSE every day activities and its vision of the Country.

Thus, if the motto printed in large letters in the space dedicated to interactive navigations - "An Italy where every Municipality counts, an Italy where the common future counts" - is the clear guide to SOSE commitment, the company’s work is constantly aiming at equity, as it was underscored by Prime Minister Giuseppe Conte at the end of his speech in plenary. “We must not resign ourselves - Conte declared - to an Italy with different speeds ", with an incisive invitation to restore the whole country to beauty and efficiency. Also, President Sergio Mattarella referred in his speech to strong cohesion and defined proudly Municipalities not the periphery of the Republic but its base, recommending to all the subjects operating in public sector to “feel involved in a new quality of civil, social and economic growth ".

Finally, SOSE stand, conceived this year in an evolutionary key as space where it was possible to discuss and compare contents and data, was the scene of institutional meetings at different levels. Not only the President Antonio Decaro, author of an incisive speech aimed at enhancing the role of Municipalities in the future of the country, took the opportunity for a debate, but during their visit also the Ministers Paola De Micheli (Infrastructure and Transport), Fabiana Dadone (Public Administration ), and Deputy Minister Laura Castelli (MEF) underscored the value of information assets now available for exploration, analysis and discussion.

Last but not least, the brief meeting between the Prime Minister Giuseppe Conte and SOSE delegation in the space set up for OpenCivitas was a source of support, with an invitation to continue on the path of standard expenditure needs paying attention to specificities towards a more fair and cohesive country .