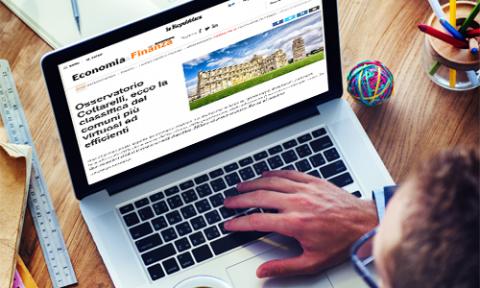 Osservatorio sui Conti pubblici of Catholic University in Milan, known also as Osservatorio Cottarelli, has recently published a study concerning the calculation used to determine standard needs. SOSE is involved in this project since 2010 with other scientific partners such as Ifsel and Istat. The project aims to go beyond the concept of historical expenditure on which allocations to local authorities are currently based.

Standard Needs estimate statistically the financial needs of local authorities according to their territorial, characteristics, resident population socio-demographic aspects and structural features of their services.

They represent also an useful tool not only to define a fair allocation of resources and to evaluate their effectiveness but also to provide a useful assessment method to policymaker in thier dialogue with local authorities aiming to implement best-practice solutions.

Thanks to Italian experience SOSE was awarded  many important awards also abroad.

Actually SOSE is considered an excellence model in Europe and for this reason it was selected by the European Council as technical advisor of Armenian and Lithuanian governments to support them in the implementaion of more efficient equalization systems.

The note, reported also by many national and local media and based on the analyses carried out by the Osservatorio, classifies the municipalities of ordinay statute regions  and reports information published by SOSE in www.opencivitas.it    resulting from the questionnaires filled out by local authorities involved in determining standard needs. Last 15th May  data relating to 2016 were published in the web portal and were examined in a seminar during the 30th FORUM PA edition.

OpenCivitas is a web portal dedicated to information about local authorities, an initiative of the Italian Ministry of Economy and Finance (MEF) and SOSE to improve trasparency. For citizens it represents a tool to assess and monitor local authorities management. On the other hand it helps local authorities to define the best strategies to use their own resources more effectively.

The study curried out by Alessandro Banfi, researcher at the Osservatorio, reports the first publication results related to 52 municipalities with more than 80 thousands inhabitans.