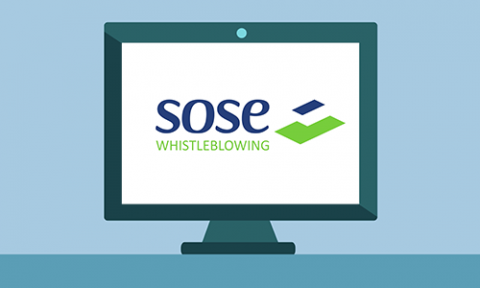 Whistleblowing. Literally "complaint" made by the whistleblower, that is, by the one who reports an offence of general interest and not of individual interest, of which he became aware by reason of the employment relationship. It is a tool to combat illegal conduct and irregularities, such as corruption, fraud or violations of the Company’s code of ethics.

The purpose of the reports is to defend the common good and the integrity of the company.

In line with the relevant legislation, SOSE, already equipped with a system aimed at collecting alerts, has updated the reference application platform to ensure a solution that is constantly revised with respect to regulatory developments and effectively respond to the specific needs in terms of security and maximum confidentiality, not neglecting the necessary support to the Corruption Officer in the most delicate phases of the reporting management process.

To facilitate the procedure of access to the platform directly from the institutional portal, SOSE has created a short video that illustrates the steps to be taken to report an offence. Viewing the information to make it more accessible is the goal of the video tutorial.

SOSE, through the application Whistleblowing ensures full compliance with the provisions provided for by current legislation and adopts all the tools to implement the protection of the user who makes the report, through the use of an encryption protocol that does not allow tracing the origin of the report.