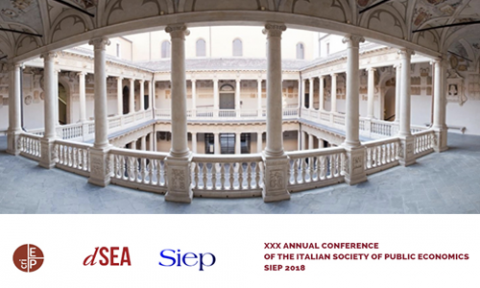 SOSE will participate in the conference by presenting two research papers.

Francesco Porcelli and Antonella Evangelista of SOSE will report on the new municipalities’ choices of financing from 2009 to present, based on the local taxation reforms that have taken place.

The second paper Local governments’ efficiency and its heterogeneity – empirical evidence from a panel stochastic frontier analysis of Italian municipalities 2010-2015 will be presented by Francesco Porcelli in the Issues in Fiscal Federalism session, September 21st at 2.30pm.